When exporting a model in the wrong coordinate system, the coordinates of the final model may be roughened (values are truncated). Such model, when re-imported to Metashape or opened in any external 3D model viewers, will show the so-called blocky model effect, as on the image below:

Usually, this problem is related to the fact that the export is performed from georeferenced projects, where the X and Y coordinates (Easting, Northing) are measured in hundreds of thousands and even in millions of meters. Most of the third-party viewers use an 8-bit Float format (8 significant digits) to store coordinates, so the "lower" values are cut off and the coordinates of the mesh vertices become less accurate. 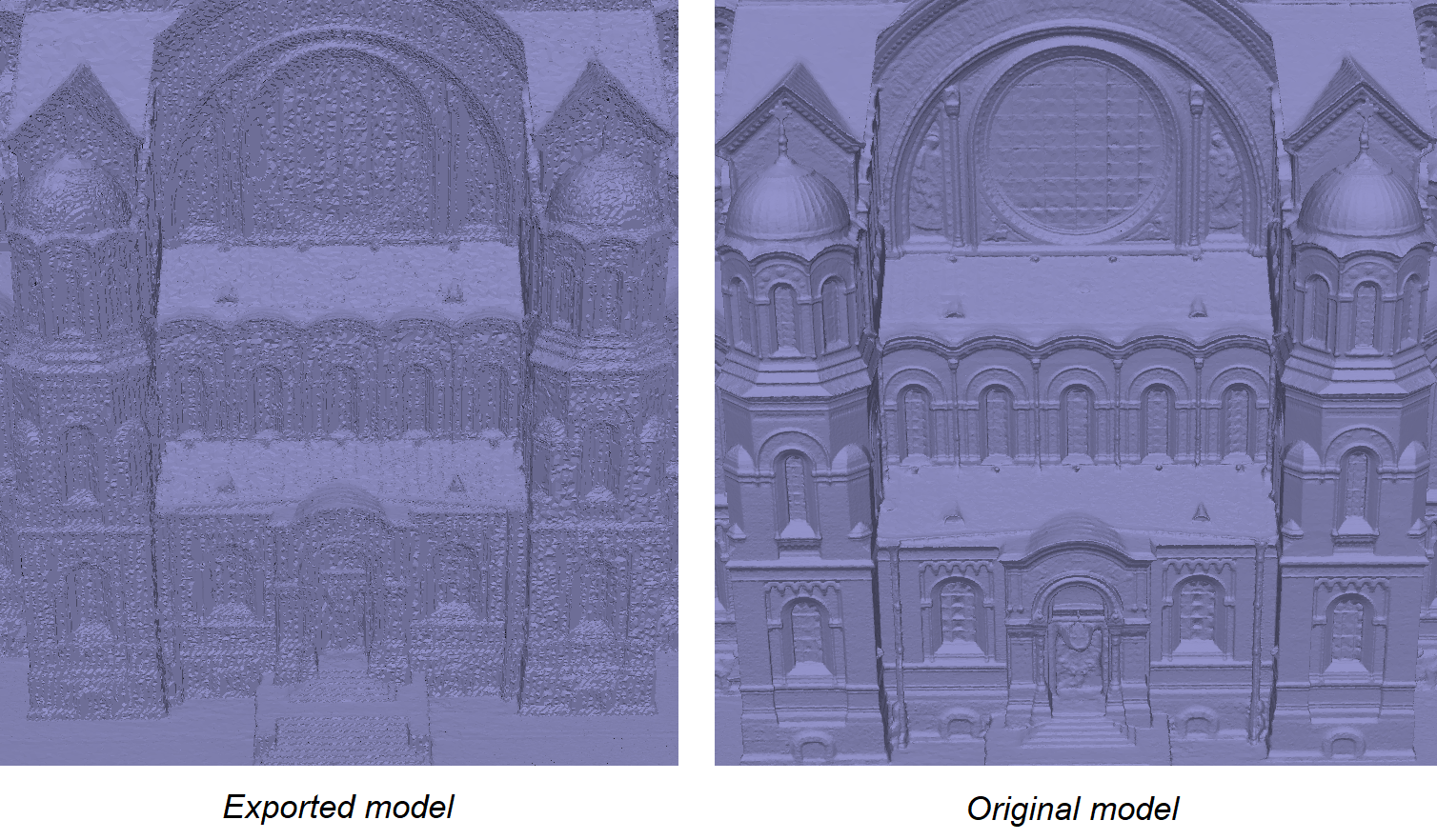 For such cases, you either need to use SHIFT fields in Export Model dialog for X and Y coordinates, which essentially shift the model by a fixed value, or use Local Coordinates when exporting (the model's scale and the axis orientation will remain the same as in the original project). Both approaches are described below:

Here's the overview of the mesh model in the Solid view mode, as it appears in Agisoft Metashape project after completing Build Mesh procedure: 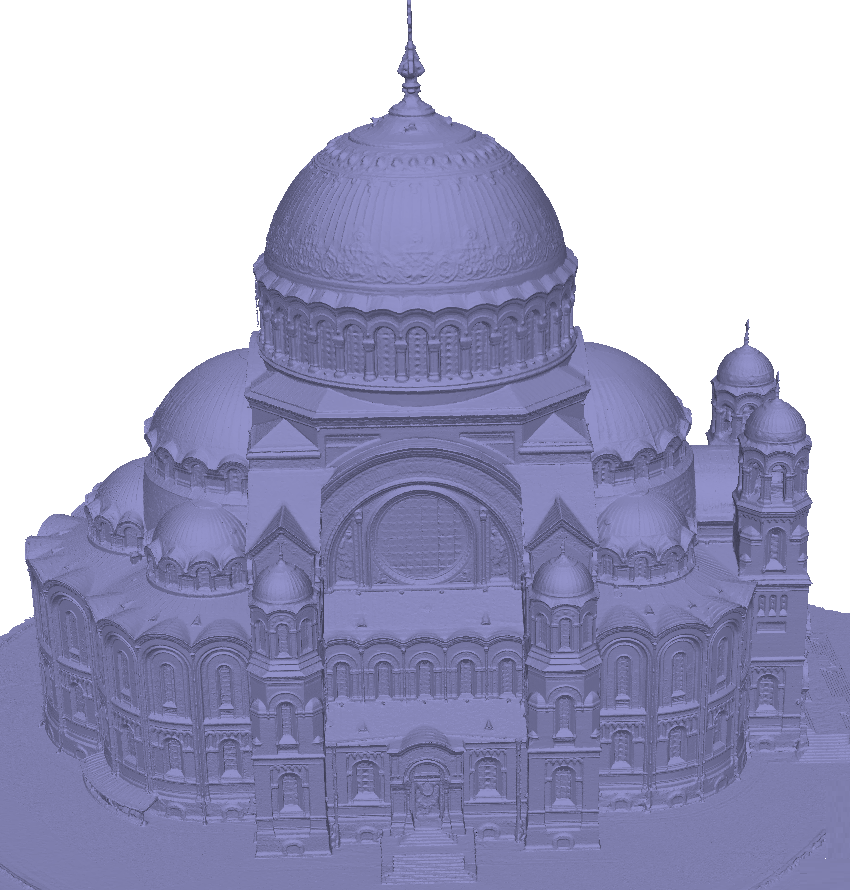 If the project is georeferenced in UTM coordinate system (or similar projected coordinate system) as our data set, you'll see the coordinate values for cameras or markers in the Reference pane (very large values typically): 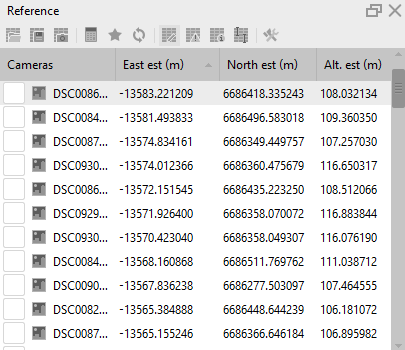 For the export model select File > Export > Export Mesh. If we do not specify SHIFT parameters in the Export Model dialog window for the WGS84 coordinate system, as on the screenshot below: 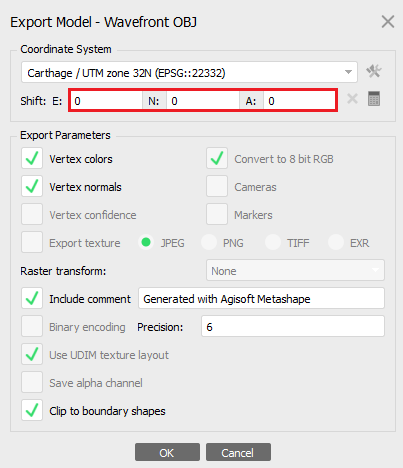 Then we'll get the following result (ripple effect is observed): 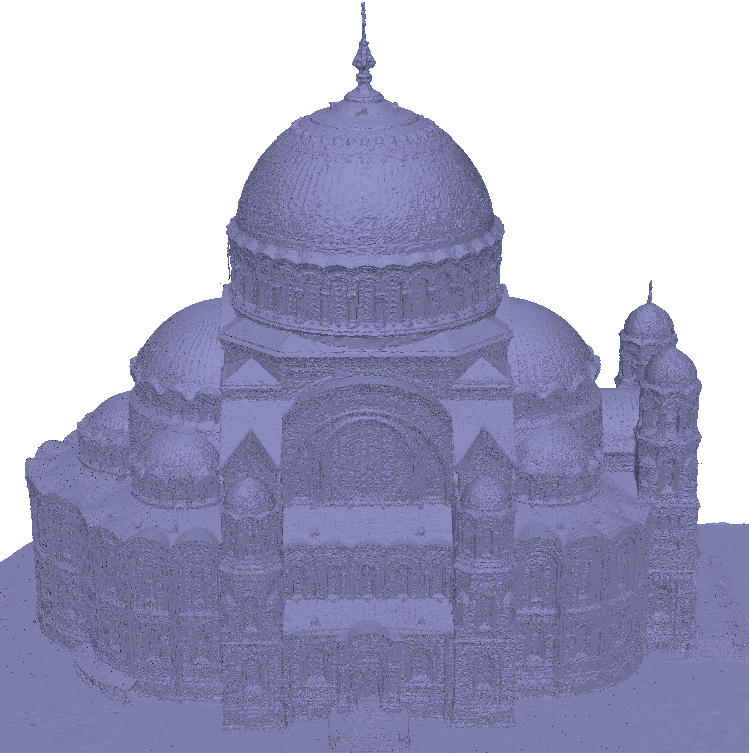 To avoid such a result, you need to either manually specify the offset of the original coordinate system or use Load default button in the Export Model dialog window:

The input shift values will be subtracted from the coordinates of all the mesh vertices, thus the large value issue will be avoided. 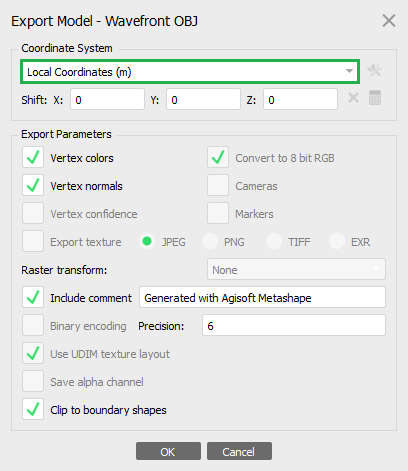 In this case, the model will be put to some arbitrary coordinate system, but the model scale (relative distances and model dimensions) and axis orientation will be preserved.

We imported this model exported in Local Coordinates system to Meshlab, and got the following result without ripple effect: 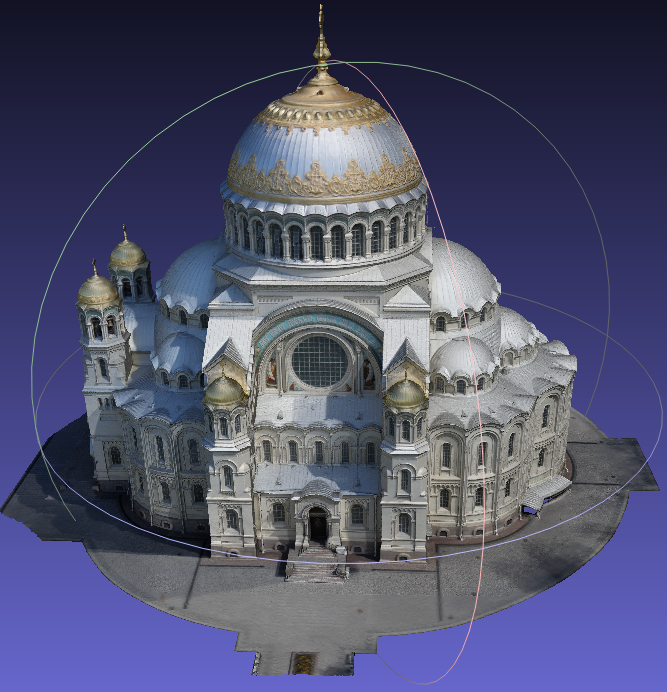