This article describes the suggested workflow for automatic objects detection on orthomosaic. The workflow includes the use of a pre-trained neural network that allows for object detection automation. Even though the network had been trained for tree detection tasks, it can be adjusted for detection of other objects (for example cars, sea lions, etc.) by the use of partially manual annotations introducing new object types. It is also suggested that you annotate a small region of the orthomosaic to guide the neural network and optimize its performance for each particular task.

To enable the neural network you need to download and install a python script for Metashape Professional edition that is published in the repository detect_objects.py based on github.com/weecology/DeepForest.

Contents of this tutorial:

How to install the script on Linux

2. Follow the steps described in this article to add the script to auto-lauch. In other words, you need to copy detect_objects.py script to /home/<username>/.local/share/Agisoft/Metashape Pro/scripts/

How to install the script on Windows

2. Launch cmd.exe with administrator privileges. Change working directory to Downloads (where the packages have been downloaded to) by executing the following command:

3. Install the packages one by one. You can download the latest version of each package, the installation commands examples below show the version numbers corresponding to the latest version (ending in "cp38‑cp38‑win_amd64.whl") available by the time of tutorial publication. Therefore the version numbers may differ when the newer versions are available:

In this case, you need to install Visual studio from the page - https://visualstudio.microsoft.com/downloads/. On this page select Community > Free download. 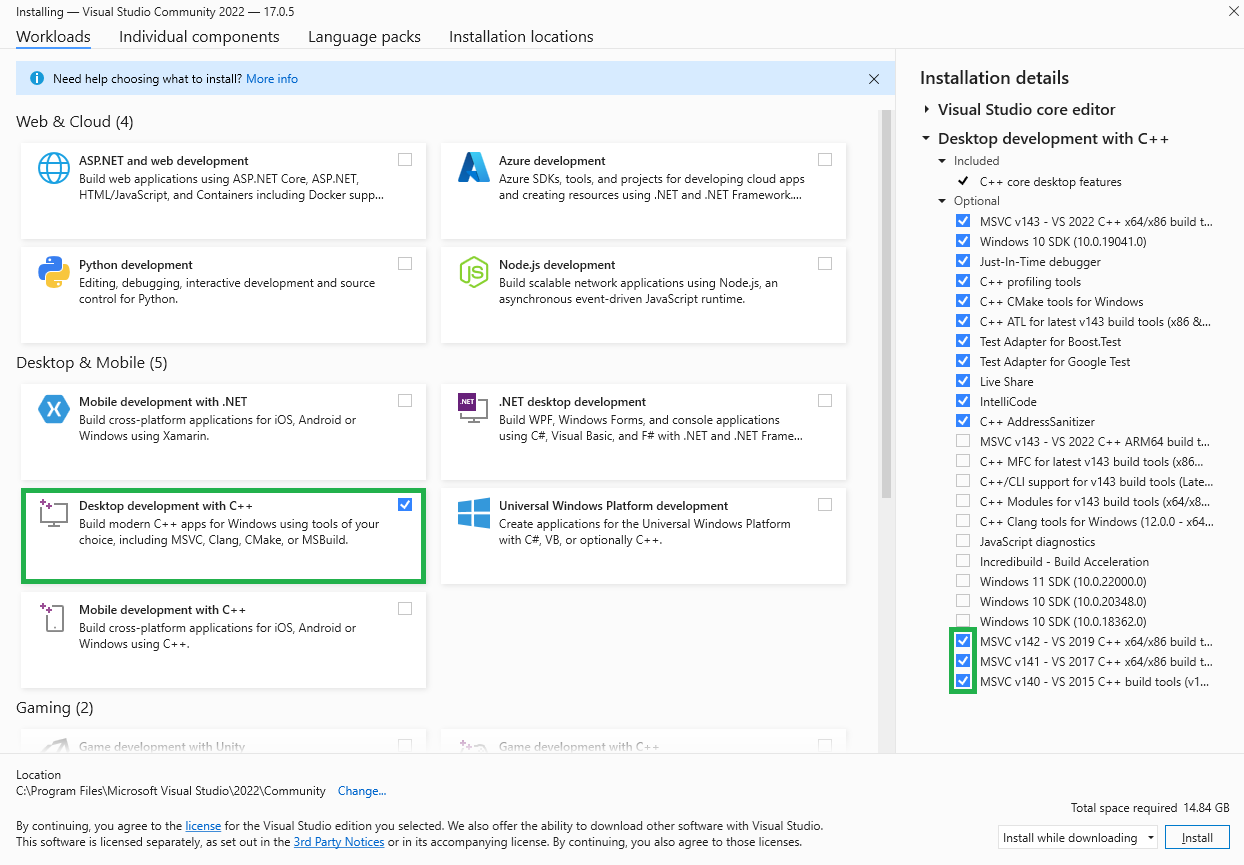 5. Add the script to auto-launch directory, following the instructions given in the related article. In other words you need to copy detect_objects.py script to C:/Users/<username>/AppData/Local/Agisoft/Metashape Pro/scripts/

How to use the script for automatic detection of objects 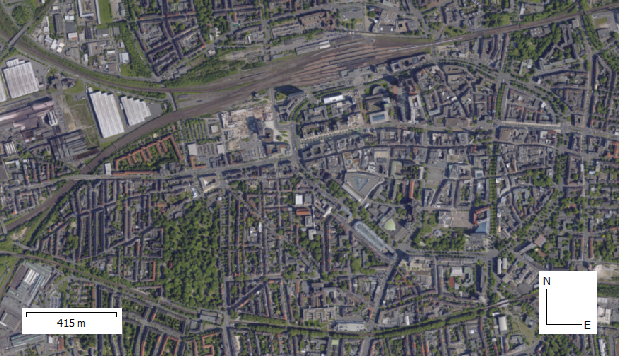 Before starting automatic object detection, it is necessary to "train" the algorithm to recognize the objects we're interested in detecting in a particular case. To do this, we allocate a training area on the orthomosaic that includes the objects to be detected (in our example project the objects are cars).

2. Choose a small area on the orthomosaic where the objects of interest are presented and create a shape that will indicate the training zone for the neural network. The shape should be created using Draw Rectangle tool (thus the area will be aligned with the axis). The rectangle shape should be at least 50 meters on each side. On the illustration below the shape layer, that contains the created shape is called Train zones. 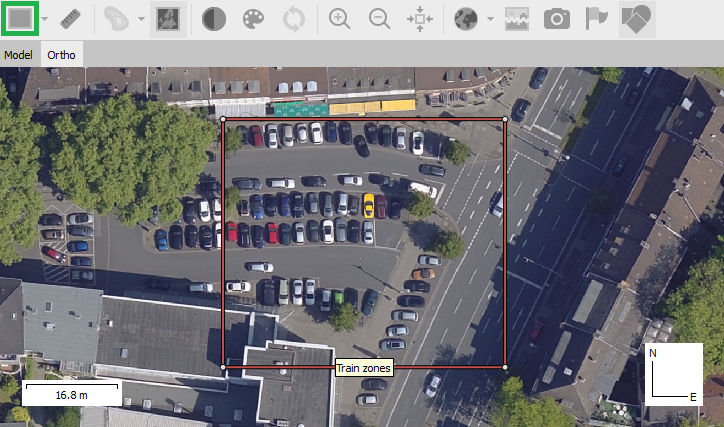 It is recommended to set color for shapes of Train zones layer to avoid mistakes when working with the dataset. To set color select the shapes layer on the Workspace pane and choose Properties command from the context menu (available on right mouse button click ). Choose the preferable color from the palette and press OK. 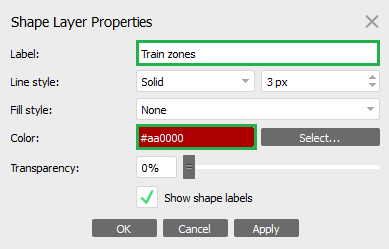 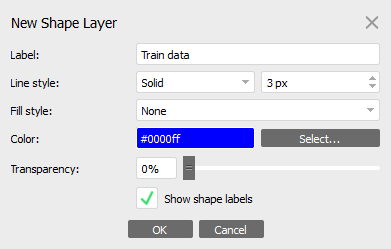 4. It is necessary to select all objects of interest (cars in our case) in the training zone. For this purpose, we use Draw rectangle tool and assign separate shape (created in Train data shape layer) to each car within the boarders of the training zone (limited by the shape in Train zone layer that we have created on the previous steps). 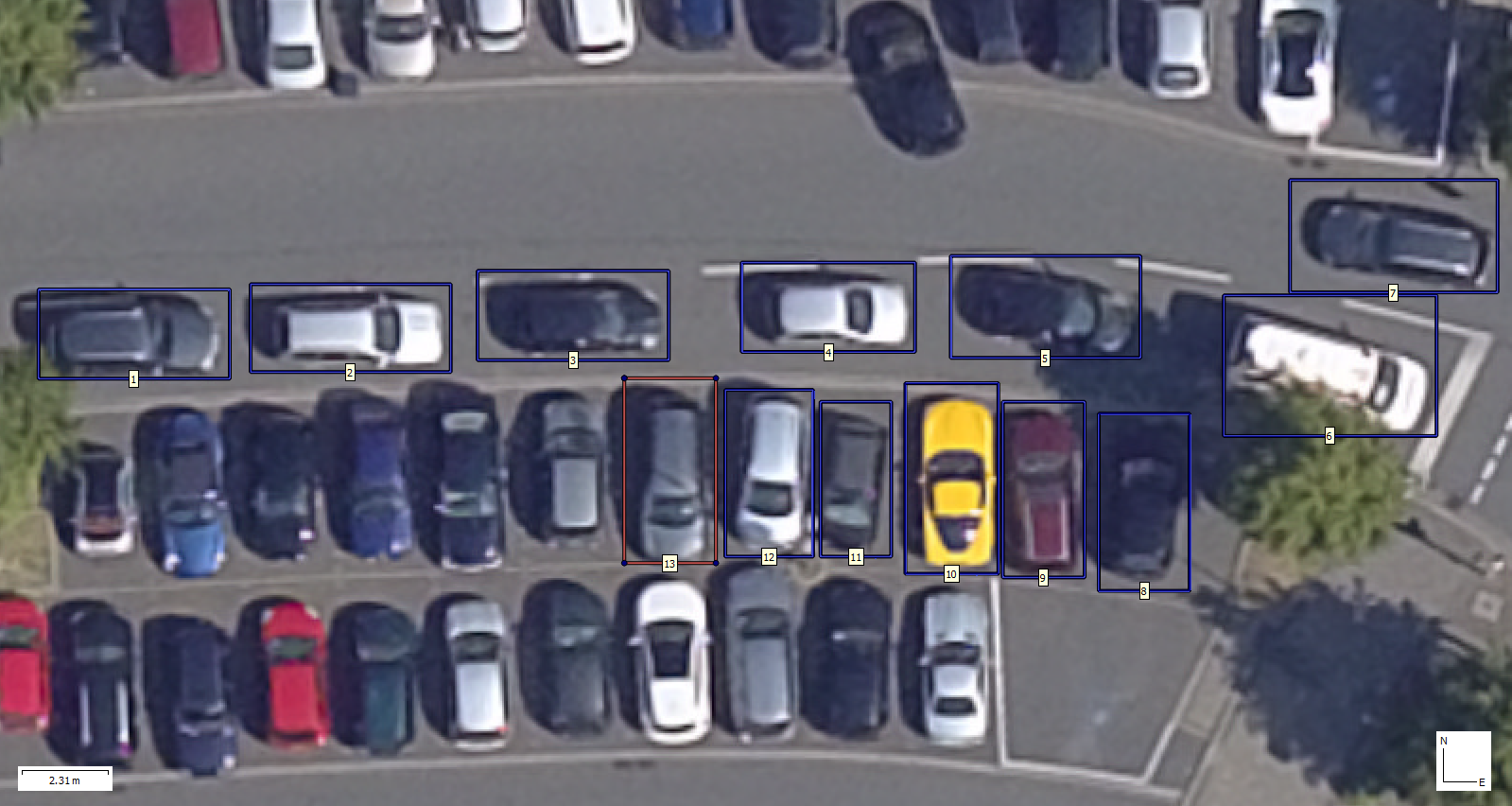 It is necessary to mark up all the cars within the training zone because if you skip some cars, the neural network will think that such cars should be ignored and this will worsen the quality of the result. Even those cars that fall into the Train zones rectangle partially are also important to select (see the car indicated by the green arrow on the screenshot below): 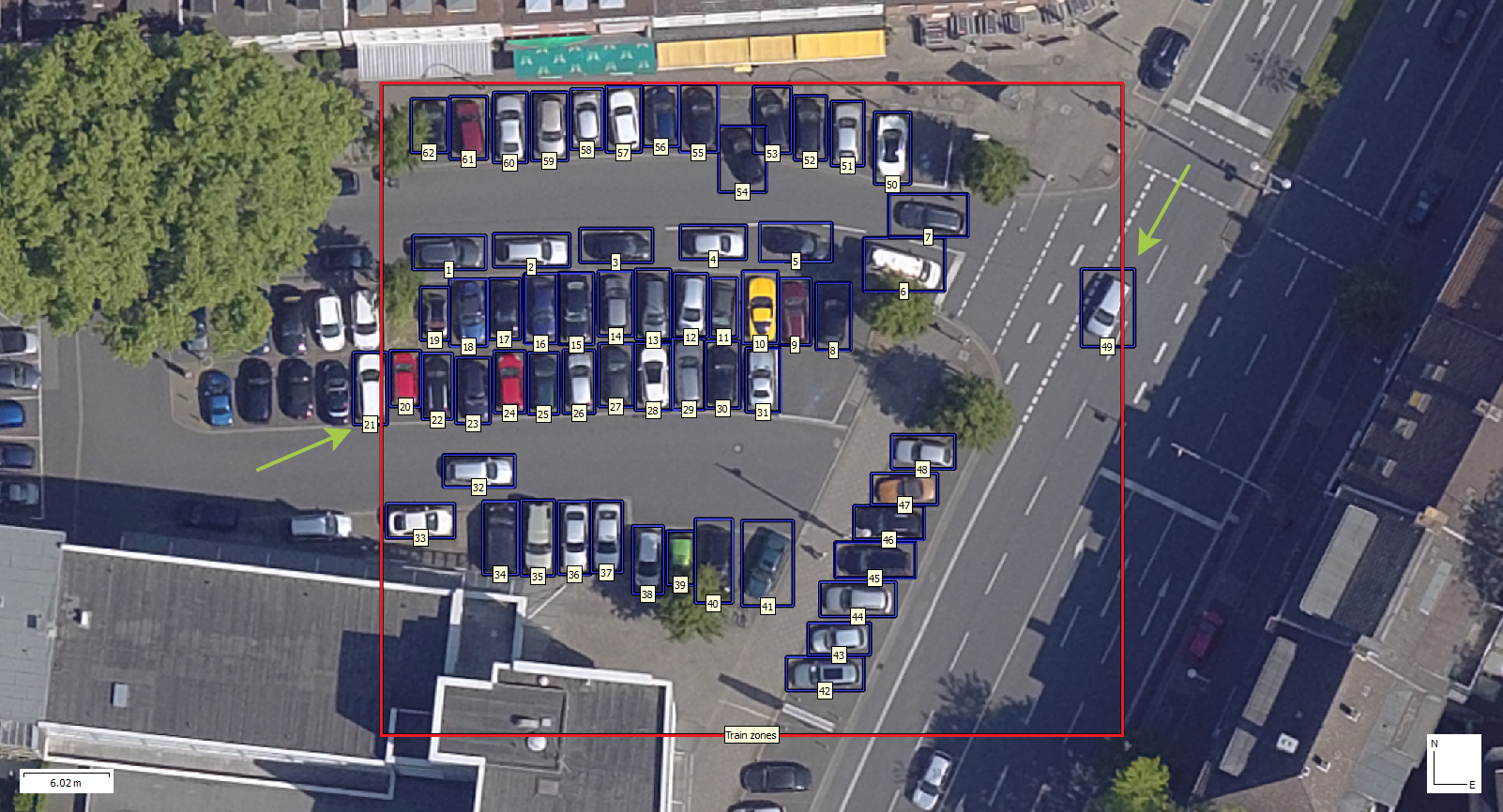 5. There are two different options to run the script.

Another option is suitable for the case when for some reason the script was not added to the auto-launch. Use Tools > Run script... command and in the Run Python Script dialog window set path to the file with .py extension (i.e. to the python script):

Then in the main menu select: Custom menu>Detect objects command.

After the script is launched the dialog window Objects detection on orthomosaic will appear. Set the path to the Working directory (where the results are to be saved) and make sure that the Shape Layers for Train zones and Train data are specified correctly. Click Run button to execute the script. 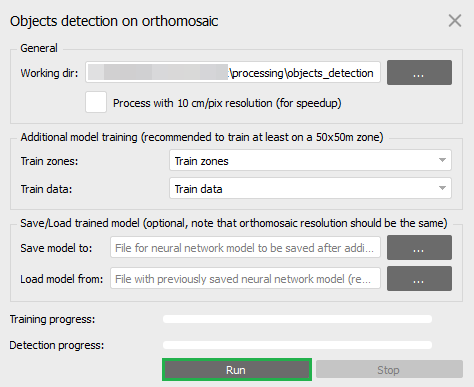 Check the results of the automatic objects detection in the Ortho view: 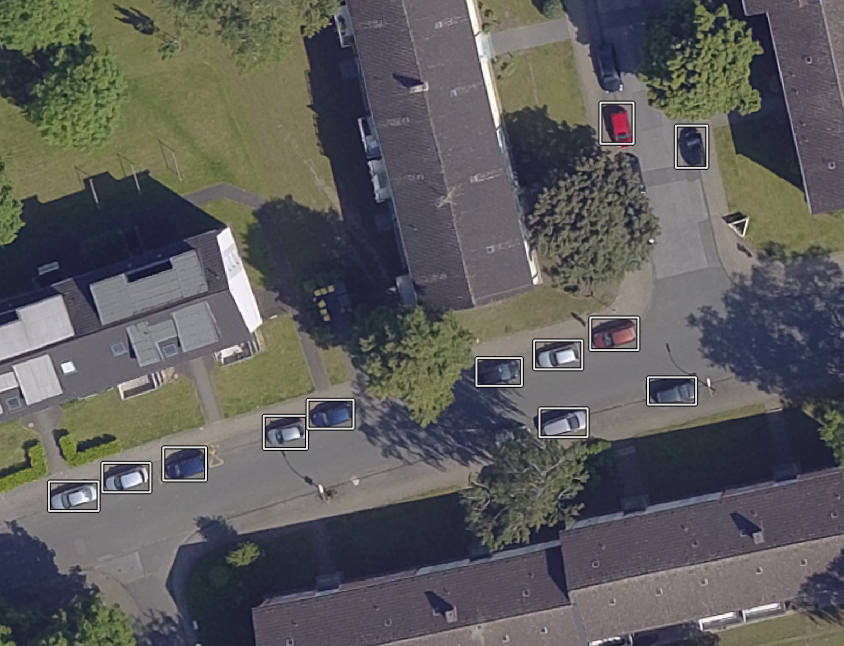 The higher the variability of objects in the training zone, the better the results of automatic detection will be. Some areas are problematic for the automatic detection algorithm, therefore some objects would not be detected. For example (as should on the image below) dark-colored car was not detected in the shadowed area, as the difference between pixels on the object and on the background is very small. 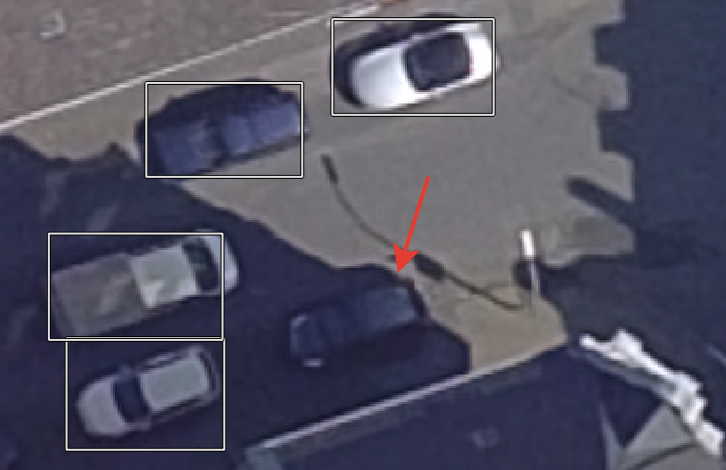 Another example is illustrated in the image below: some objects may resemble the object of interest, so the algorithm detects such objects by mistake. 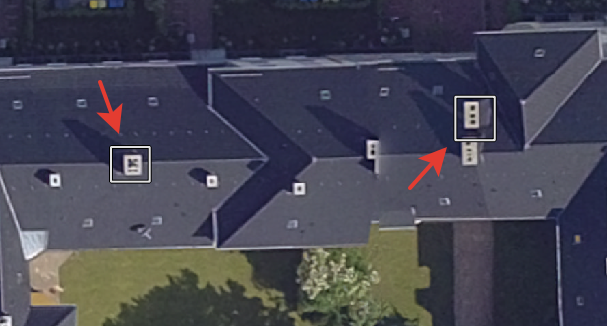 Automatic detection of objects is useful for the detection of particular objects in big areas, however, the implementation of the script still requires that the results are verified and corrected by the operator.