Agisoft Metashape Professional provides functionality for generating drone flight plans for objects with complex geometry. The tutorial below describes basic workflow steps, under which you will be able to use the Plan Mission tool and create the optimal route for your drone to get a good quality model of your object.

To generate a detailed mission plan, you need to perform a simple overhead flight and create a rough polygonal model. Flight safety can be assured by user-specified no-fly zones and automatic powerlines avoidance, supported starting from Metashape Professional 1.7.0 version. Rough polygonal model and user-defined shape layers are used to generate an optimal sequence of viewpoints, to be exported in KML or CSV formats for various drone controlling apps.

Make an overhead flight over the region of interest to capture a basic imagery set. To capture vertical and concave surfaces better you may use an oblique (photogrammetry) survey preset in your drone app instead of taking only nadir photos.

2. Building a rough polygonal model in the Metashape

1.  Import photos to Metashape, select the Add Photos command from the Workflow menu.

2.   Select Align Photos... command from the Workflow menu set the parameters for aligning photos. The alignment result will be displayed on the Model view. At this stage, Metashape estimates the camera position and orientation for each photo and generates a sparse point cloud consisting of the tie points. 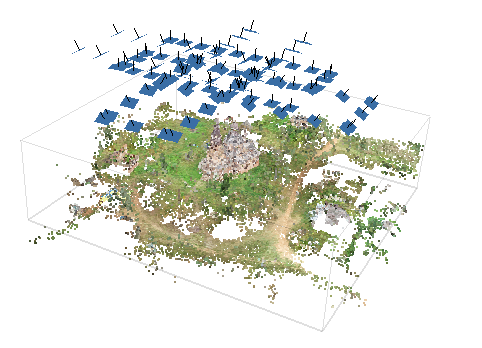 3. Select the Resize Region tool on the toolbar and adjust the region of reconstruction to contain all important details. 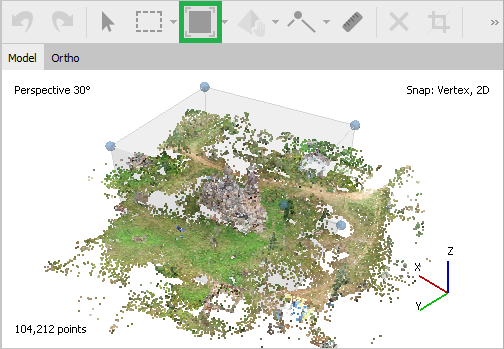 4. Select the Build Mesh command from the Workflow menu to build a rough model of the region of interest and corresponding obstacles. We recommend using Depth Maps as Source data. Usually, Medium or even Low quality is sufficient for decent reconstruction in a short time even on a laptop.

Specify point close to the expected drone take-off position. This can be done by placing a point shape on the rough model. Use Draw point instrument on the toolbar to draw shape in the Model View. 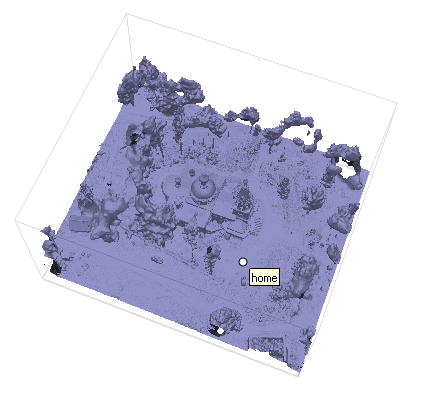 For convenience, you can set a custom point label via the Shape Properties dialog window: 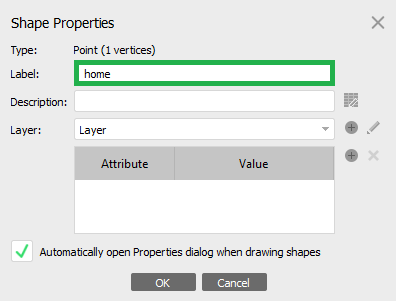 No-fly zones can be adjusted by using Restricted areas and Allowed areas. To specify Restricted or Allowed areas, create a polygon using Draw polygon instrument on the toolbar and assign it to the corresponding shape layer in the Shape Properties dialog window.

To create a new layer, use the Add layer button and set the Label and Color on the New Shape Layer dialog window. 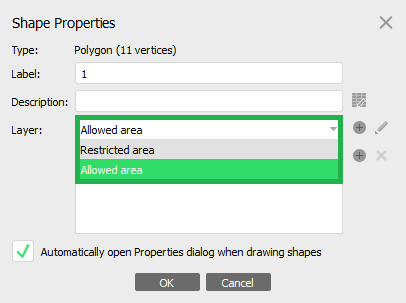 The following rules apply to combinations of allowed and restricted polygons: 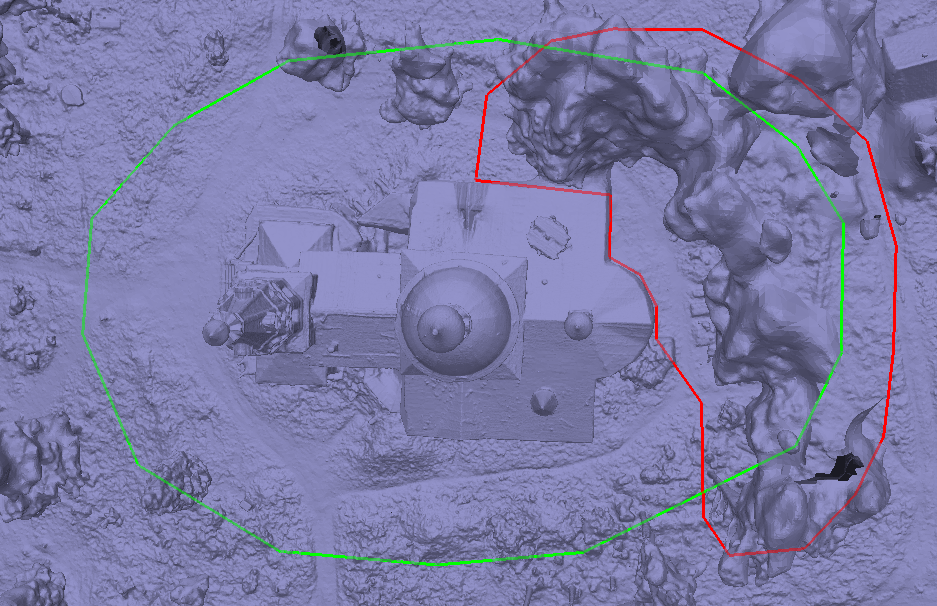 If powerlines are present in the scene, select the Detect Powerlines command from the Tools menu and run it with default parameters.

Detected powerlines will be saved as 3D polylines in one or more shape layers. Move all relevant wires to a single shape layer using the Shape Properties > Layer.

Select the region of interest for the plan mission process on the model using selection tools available on the toolbar in the Model View mode. 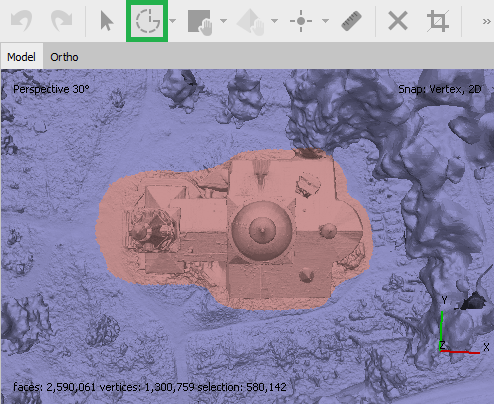 Select the Plan Mission command from the Tools menu. Specify parameters according to the description given below and run the procedure. 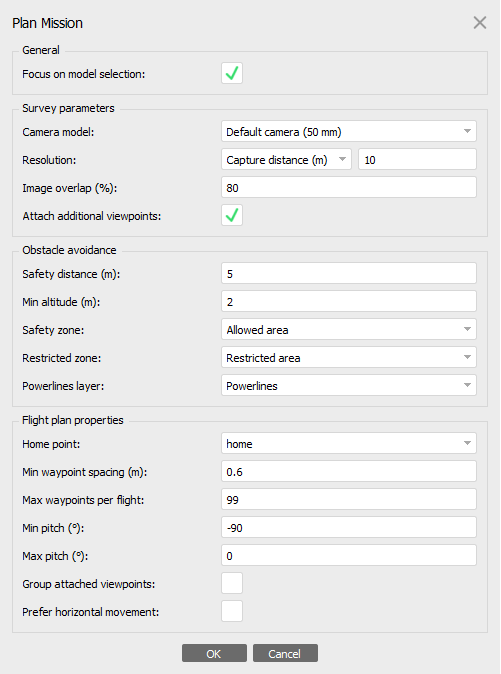 Click the OK button. The Mission Plan will be available as one or more camera tracks in the Workspace pane. 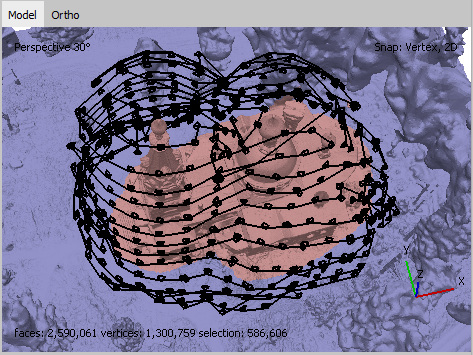 To export the created mission right click on the Mission Plan instances in the chunk's contents of the Workspace pane and select the Export Camera Track option from the context menu, then specify the path to the exported file. 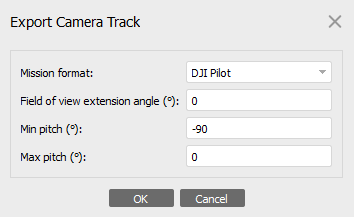 Run the imported waypoint mission. If the drone battery gets low during the flight, replace it and restart the drone at the same altitude as that of the specified home point. You will need to manually navigate the drone to the position from which the last visited waypoint is in line of sight to resume automatic flight safely.