Photo and Ortho view is not responding, toolbar disappears Print

Alternatively, we can suggest to run Agisoft Metashape (Agisoft PhotoScan) in ANGLE compatibility mode from the command-line:

Also, you can create a new shortcut to Metashape executable and modify the Target field after path to metashape.exe according to the attached screenshot. Running Metashape via this shortcut would solve the visualization issue likely related to the compatibility of the installed graphic card driver and the latest Windows update. 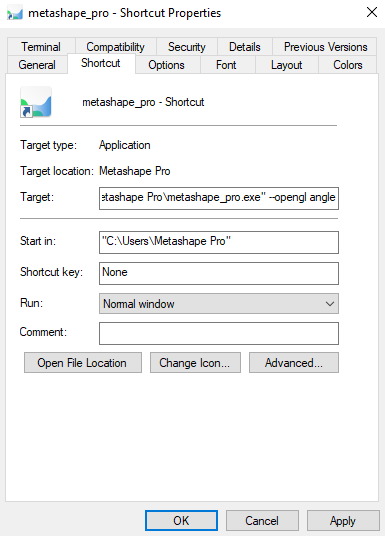