For TrueDepth camera and for Google Camera application format the depth information is recorded as an additional attribute of the captured images. For this data format the images are to be imported in Metashape Pro with File>Import>Import laser scans command. In the Import Laser scans dialog select the desired photos and the directory to which the preprocessed photos will be saved: 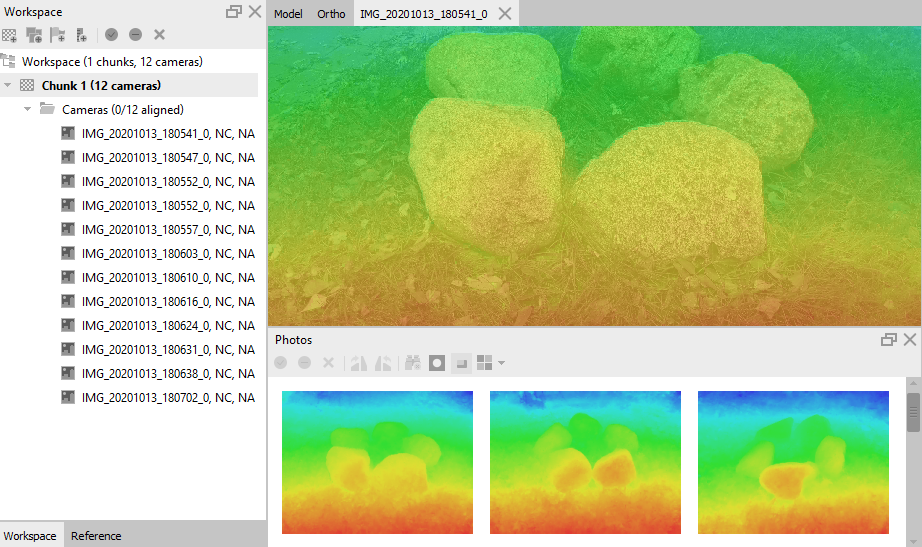 In a separate case when depth information is saved by the camera as a separate image file it is recommended to use a script to import data. The dataset from such camera would include two subsets of images: color photos and images with depth maps. Use the script outlined below to import the depth information to Metashape Pro

Or you can use the following commands and select all TIFF files from each folder (with depth map, and folder with RGB images):

After running the script the images with depth maps will be added to the project: