In this article, we briefly describe the main points to be considered when choosing and buying hardware for Agisoft Metashape:

When choosing hardware from several options, we recommend comparing the system parameters in the following order:

1. At first, look at the amount of RAM, choose the option with a higher amount (32 and 64 GB should be enough), or at least keep the possibility of later upgrade by installing additional RAM modules.

2. After that, pay attention to the processor (CPU). We recommend choosing the option with 3.0 GHz and higher with at least 8 CPU cores.

3.1 Amount of VRAM - if you choose between 6 GB and 8 GB, we recommend selecting 8 GB (basically, the option with higher amount of VRAM is better).

3.2. Number of CUDA cores (for NVIDIA graphic cards) or shader processor units (for AMD graphic cards). A higher number is better. We recommend to have at least 1200 - 1500 CUDA cores/shader processor units per GPU, in case of a multi-GPU setup. Also, you can compare the theoretical TFLOPs value for single precision computations (here also higher value will result in better Metashape performance for GPU-supported tasks).

Please see the two example architectures described below. Based on the comparison approach shown above, we suggest choosing option 1 to provide for better Metashape performance: 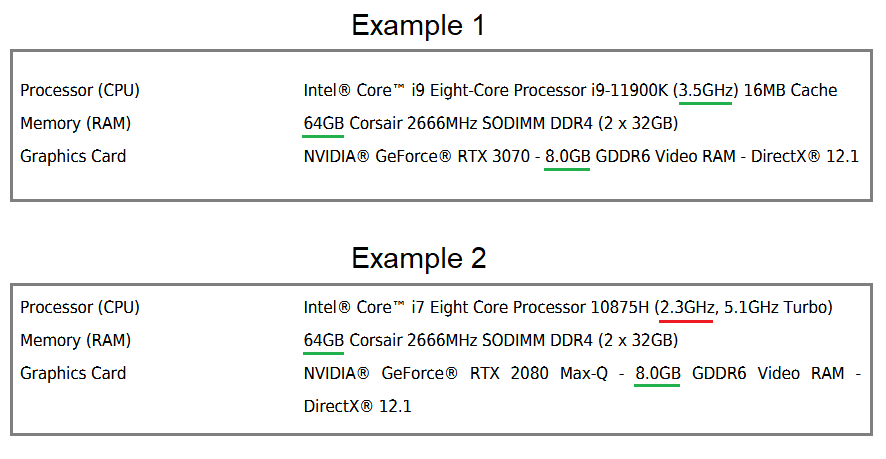