It is required to have structured laser scanning data converted from the raw scanner format to formats supported by Metashape (E57 or PTS) to co-process TLS and imagery data.

The photogrammetric depth maps are merged with the laser scanner's depth information during the point cloud or mesh generation operation (if based on the depth maps data source). Metashape supports the following formats for the laser scanning data import:

Laser scans were utilized mostly for interior parts, although several scans have been performed in a segment scanning mode for the building exterior scanning. Laser scanning is very convenient at scans for the interior to complete the surface.

Overview of the scanned building (XIX century church in poor conditions, unfortunately) and drone survey path can be seen on the screenshots below:

Before starting the process, it is necessary to convert the laser scan data from E57 or PTS format into Metashape supported TIFF format using Import Laser Scans command.

2. In the dialog window, select a file with point cloud data.

3. Specify the folder where the pre-processed laser scans will be saved (can be re-used from that location later in a new project without a need of a pre-processing procedure).

4. Click the OK button for added data to the active chunk.

After the laser scanner data has been loaded, add common digital camera images for the same scene via Workflow menu > Add Photos command. 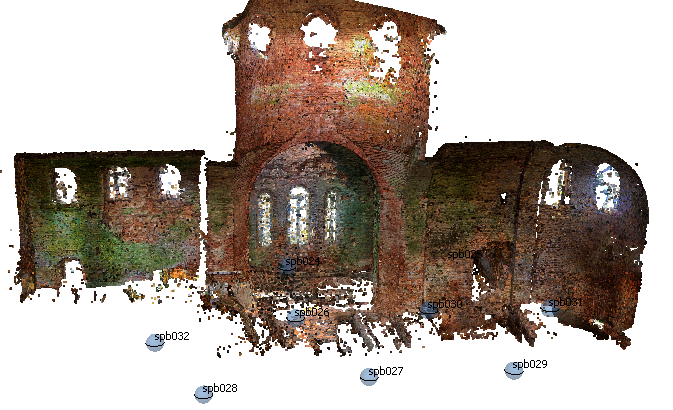 We used terrestrial images (from a handheld digital camera) of the parts that can be seen both from outside and from the inside. For example, photos of the doorways and window holes have been made, while moving from the outside to the building's interior part, thus providing overlap between the external and internal part of the building. 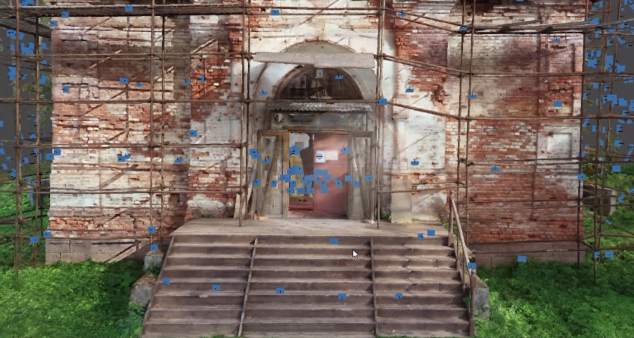 After all images and laser scanning data have been loaded to the project, we have used classical workflow to build the model. Align Photos (Workflow > Align photos) stage allows to find the corresponding points between images and laser scans. Tie points are used to triangulate all the poses of all cameras and laser scans in the same space during the bungle adjustment operation, which will adjust all the poses using all available information like measurements, camera centers, and ground control points or scale bars, etc.

After the alignment is finished it is possible to run the point cloud or depth maps based mesh generation operations, which would properly utilize the laser scanning depth data and will include this information to the process of the digital images depth maps reconstruction. 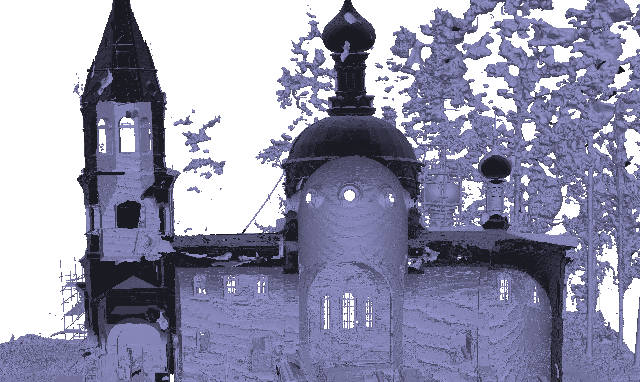 If the laser scans are georeferenced, but photos don't have camera coordinates information, we can offer the following workflow:

1. Import laser scans data and photos in one chunk.