The problem with unaligned regions can occur if there are not enough tie points between subsets. If some of such image subsets of the complete dataset are not aligned with each other, they will be grouped into individually aligned parts (so-called "Components"). The components are displayed as a tree structure in the chunk's contents of the Workspace pane. The components feature has been implemented starting from Agisoft Metashape 1.7.0.

The tutorial describes the basic steps to follow in order to align and merge alignment components with the help of markers (available only in the Professional edition).

For the sample dataset, we have used the images of the sports shoe, which consists of the two sub-sets captured in the same conditions: of the top part and bottom part. All images have been processed in a single chunk.

2.  In the Add Photos dialog box browse to the folder containing the images and select files to be processed. Then click the Open button.

3. Selected images will appear on the Workspace pane. 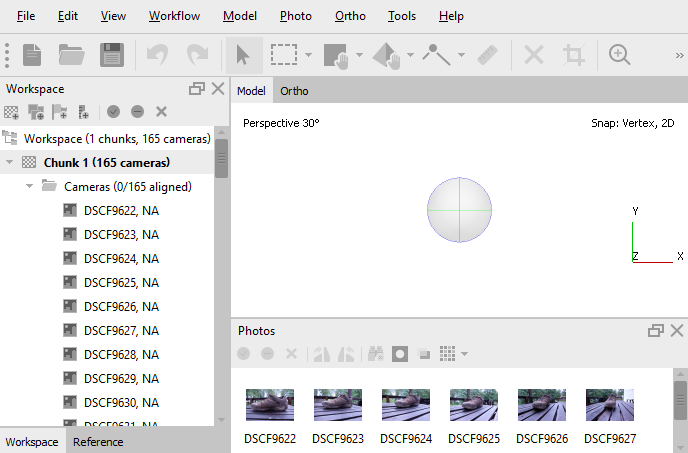 2. Set the parameters in the Align Photos dialog: 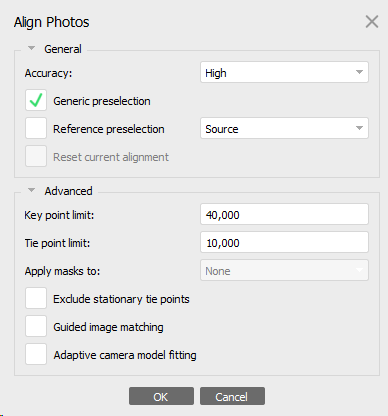 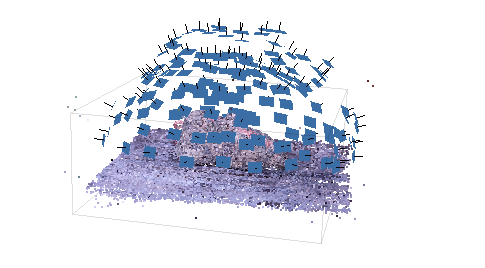 To switch the display in the Model view to the desired component double-click on its label in the Workspace pane:

The components into which the camera alignment has been split after the Align Photos operation are displayed in the chunk's contents of the Workspace pane: 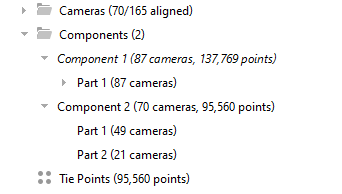 To align components with each other manually use markers.  It is required to use at least 3 markers that do not lay on the same line.

After placing the desired number of markers double-click on the second component in the Workspace pane to make it active, and repeat the marker placement operation, using the existing marker selection from the Place Marker submenu of the Photo view context menu. Make sure that the same marker is used for the same real object feature that is seen on both components.

Select Components in the Workspace pane and then use the Merge Components command from the context menu: 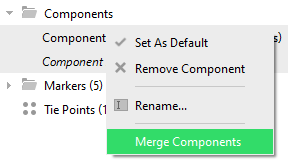 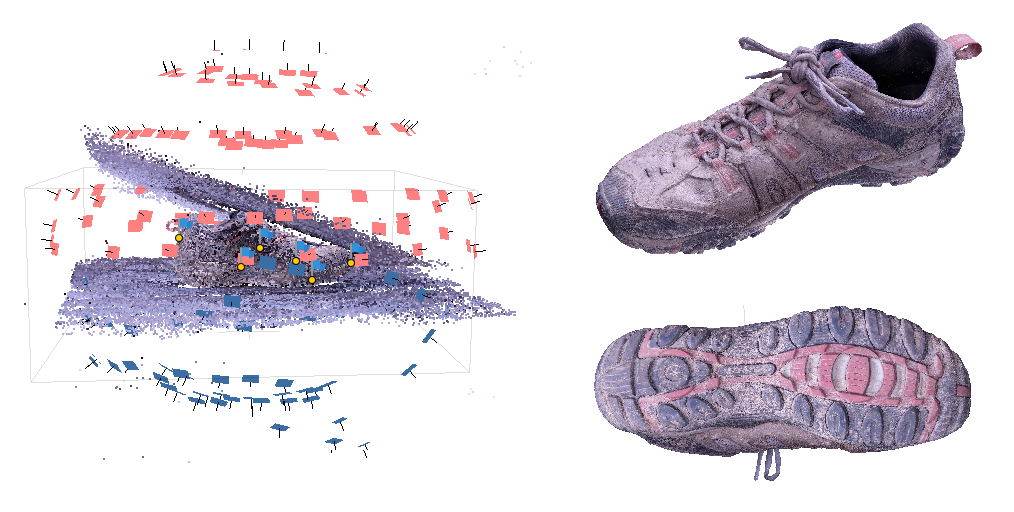