This article describes the general processing workflow in Agisoft Metashape for the projects consisting of sub-sets acquired with the drone (nadir and oblique aerial images) and with the common hand-held digital camera. Additional recommendations related to the image acquisition scenarios are given.

When it is required to build the details model of such objects like buildings, complex structures, etc. it is reasonable to use the combination of terrestrial and aerial photography in order to avoid any blind spots. We suggest that you familiarize yourself with the following recommendations for shooting before planning the image acquisition scenario: 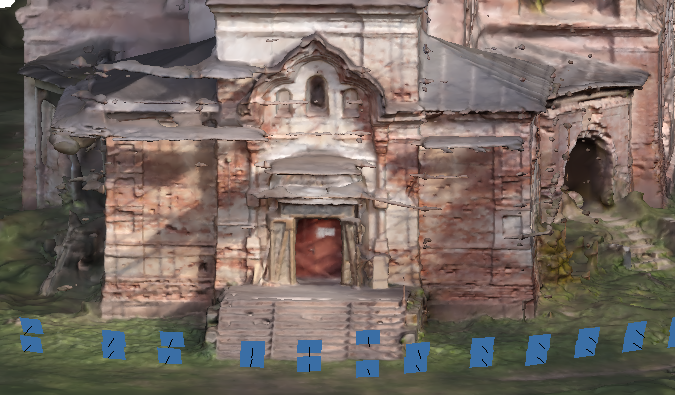 In our example, we processed images from the drone, smartphone camera, and digital camera together. The terrestrial images were taken while moving around the building with the handheld camera and smartphone, whereas the drone has captured oblique images of the building in order to have overlap with the terrestrial photos related to the facades, but at the same time cover the roof elements that are not seen from the ground. 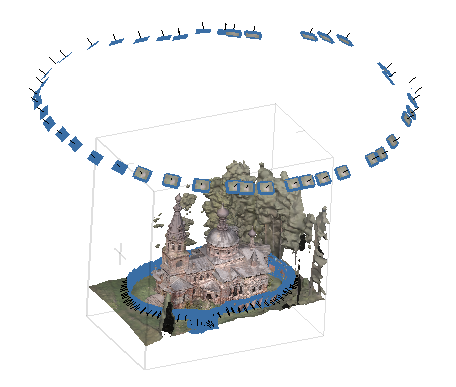 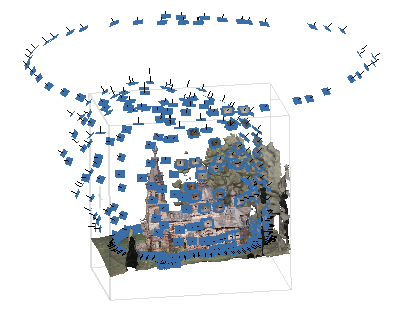 Processing of images in Metashape includes the following main steps:

The tutorial below describes these workflow processing steps and recommended parameters for the combined aerial and terrestrial image data processing in Agisoft Metashape Professional (actually, in a similar way the data can be processed in Metashape Standard, unless you are using markers or are interested in scaling and georeferencing the project in Metashape directly).

2. In the Add Photos dialog browse the source folder and select files to be processed.

3. Operation can be repeated, if the source images are stored in different folders. 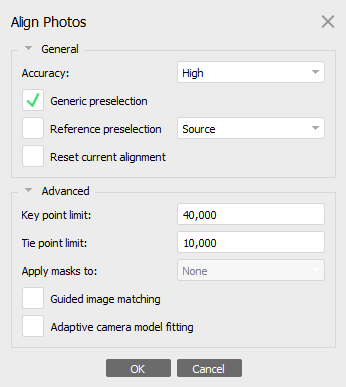 Since ground-based images most likely do not have measured coordinate information and due to the oblique aerial survey we strongly recommend disabling the Reference preselection option and using only Generic preselection.

4. The progress dialog box will appear displaying the current processing status. To cancel the processing click the Cancel button.

5. After camera alignment is finished,  the estimated camera positions and a sparse point cloud will be displayed in the Model view.

A new feature has been implemented in Metashape version 1.7.0. - Components. Some additional details about components can be found in the following article - Connected components in the camera alignment procedure. If some image subsets of the dataset are not aligned with each other, they will be grouped into individually aligned parts (so-called "Components"), which will be displayed in the chunk's contents of the Workspace pane:

To align components with each other manually use markers. To switch the display in the Model view to the desired component double-click on its label in the Workspace pane.

After all the components are aligned, select them in the Workspace pane and then use Merge Components command from the context menu. 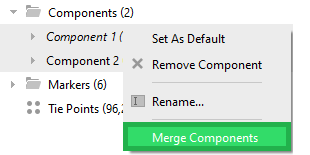 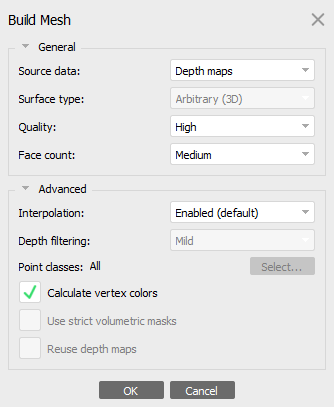 Depth maps based mesh generation is the recommended option for the scenes with small and thin elements, that should be preserved in the final model. Another option is to generate the point cloud (via Build Point Cloud command) and then use the point cloud source option in the Build Mesh dialog. 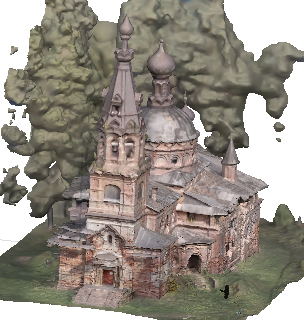 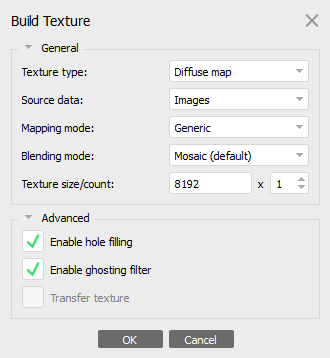 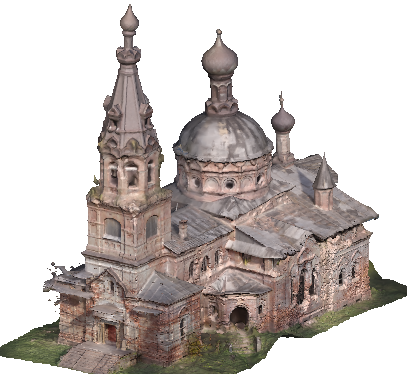